It all started with 2 words – Stupid Easy

It all started with 2 words. In the moment we may not know exactly where we are headed, but if we pay attention and listen, we will soon find out.

Roughly one year ago, I went to a friend’s house to assist and appear on her Periscope. She was just getting started with her weekly series showing viewers how to make cocktails and have a weekly date night (she’s a relationship coach).

After wrapping up I stayed for about an hour just to catch up. We talked about business and what I was planning on doing since I had just quit my full-time job with benefits at Apple 7 days prior. Originally I had planned on quitting after the holidays in either January or February but all signs pointed to earlier.

We stood in her kitchen brainstorming ideas for my business. The two things that stood out about me was that I was pretty tech savvy and good at helping people. After discussing a few things, the two words that came up and stuck were “Stupid Easy®.” We both laughed at the name and I had to wonder it for a minute. I thought, “huh!” Then a few minutes later I said, “that works. It’s fun and it made me laugh.” So from there I went home and added it to my business card.

Of course, at the time I did not know it was going to develop into what is now a brand. It was just part of my slogan, “The guy that makes technology stupid easy.” It wasn’t until I started to hand out my business card to people and realize the reactions they had were similar to mine. They would read the card laugh and tell me how much they loved it. Shortly after I realized this could be big, huge! My first thoughts were, this is the modern day For Dummies series. That’s when I started my research and filed for the trademark. And let me tell you, filing for a trademark is no joke! 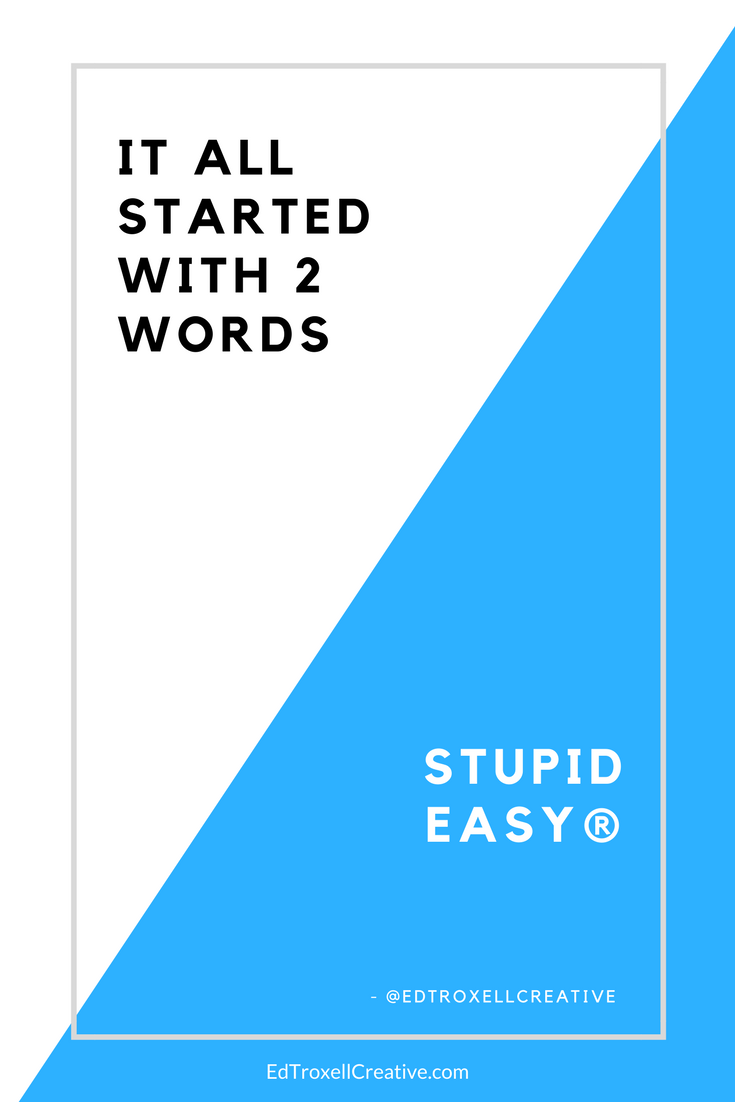 Stupid Easy® has developed into a brand that is not just my brand, but our brand. I may be the one pouring my blood, sweat, tears, and (not to mention) money into it, but it will take teamwork for it to survive. As we approach the launch of StupidEasy.com (at the time of this posting you can sign up now to be notified), I want to thank each and every one of you. I want to thank you for sticking with me, for sharing my content, and for just showing up.

I love what I do and will continue to do it as long as you continue to allow me to help support you and your journey. Remember, that you may not have it all figured out right now and that’s ok. Continue to take notes and move forward. Keep looking at those notes and pay attention to what they are telling you.

Use pen and paper, whiteboards, and sticky notes to map it all out and transfer it to the computer later. Continue to work towards your goals and remember to not just focus on the task, but focus on breaking it down. Keep it simple! Keep up the great work! You got this!